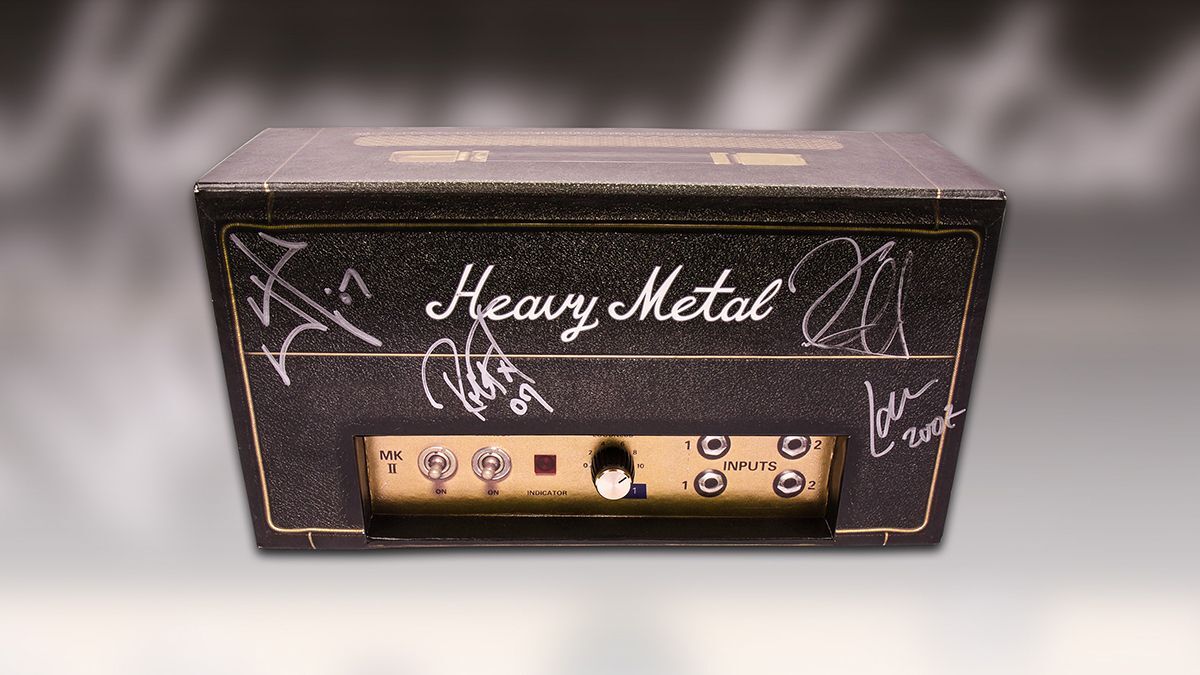 We’ve got a box set for the metal head and the historian! Rhino Records released The Heavy Metal Box in 2007. It features early heavy metal from the 60s, the new wave of British heavy metal, 80s glam, thrash, and ends with the extreme and alternative metal of the 2000s. With 70 songs total, the collection includes two Metallica songs: “Whiplash” and “One.”

Full disclosure, we dug this one up from the back of our storage closet . . . and it’s autographed!! All four members of Metallica (James Hetfield, Lars Ulrich, Kirk Hammett, and Robert Trujillo) signed it a full 15 years ago!

UPDATE: This auction is now closed; thank you for your participation, and join us for another chance to bid in October!

What's the deal with the AWMH Monthly Auctions?

Those of you who have been following AWMH for a while will remember that before COVID-19 struck, we hosted an auction every month. Though we’re still navigating our new normal, we decided it was time to bring back this old favorite.