The third prong of our mission is to support critical local services. While workforce education and the fight against hunger remain our primary focus, it is important to both AWMH and Metallica to contribute where we can to disaster relief efforts.

Donate To Our Disaster Relief Fund 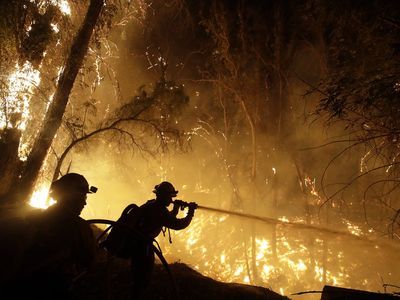 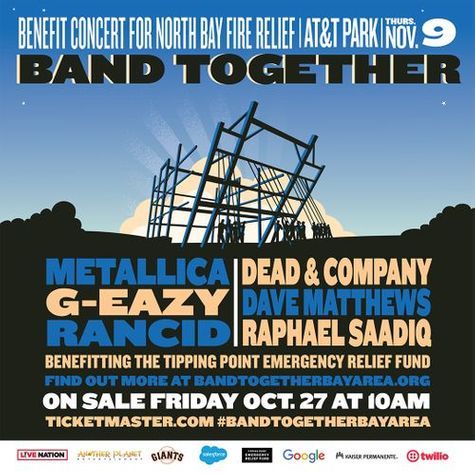 In 2017, Metallica proudly joined Tipping Point Community and fellow San Francisco Bay Area related artists for a benefit concert called Band Together Bay Area. The sold out show brought 40,000 fans to San Francisco and raised a total of $17 million through ticket sales, sponsorships and online donations for low-income communities hit hardest by the North Bay fires. 100% of the ticket sales went to the Tipping Point Emergency Relief Fund to address urgent needs such as temporary housing, food, education and healthcare services, as well as rebuilding efforts. 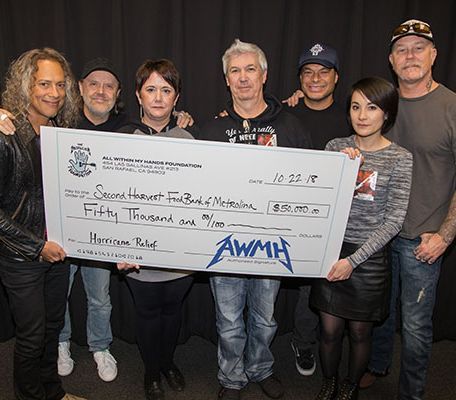 During Metallica's 2018 tour stop in Charlotte, North Carolina, AWMH donated an additional $50,000 to Second Harvest Food Bank of Metrolina to aid in the disaster relief efforts of Hurricane Florence, on top of the standing $10,000 donated at every tour stop.

Second Harvest Food Bank of Metrolina staff and volunteers worked countless hours to help neighboring food banks up and down the coasts of North and South Carolina and were able to provide just over 1 million pounds of food and essential supplies to communities hit hardest. 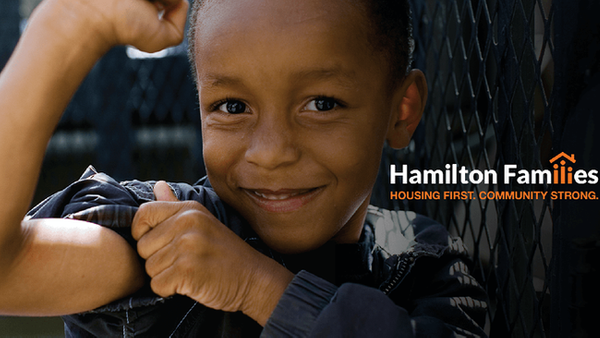 When Metallica and the San Francisco Symphony decided to celebrate the 20th anniversary of S&M with two shows at the newly constructed Chase Center in November the band also decided to give back to a local nonprofit organization known for helping the cities homeless population, Hamilton Families. On November 26, 2019 the Foundation donated $30,000 to Hamilton Families. We are particularly moved by the attention they give to homelessness as it pertains to children and single mothers. Over the last 35 years, Hamilton Families has helped thousands of families in San Francisco move beyond homelessness into permanent housing and family stability. In 2019 alone, Hamilton Families served 757 families, including 1,274 children. 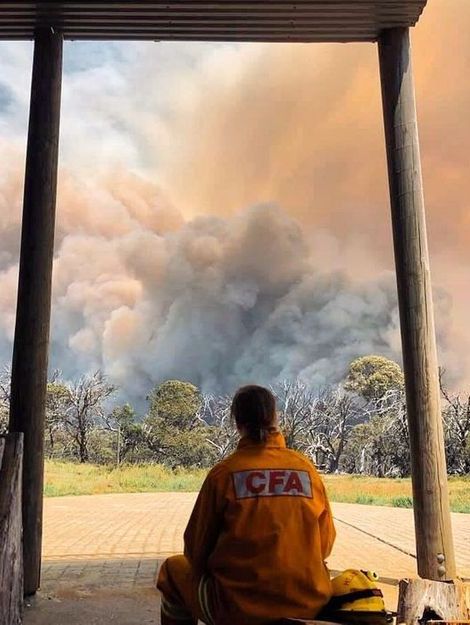 During the 2019-2020 Australian Brushfires 46 million acres burned and at least 3,500 homes were lost between June 2019 and March 2020. The fires resulted in destruction and devastating effects on all residents, animals, the environment and the incredible land in New South Wales and Victoria.

To aid in the relief efforts, Metallica donated  A$750,000 to the NSW Rural Fire Service, the world's largest volunteer firefighting organization, and to the Country Fire Authority, which is made up of tens of thousands of volunteers committed to protecting lives and property in Victoria.

When the global Coronavirus pandemic took its hold on us in the early part of 2020, it gave the need for critical local services a new and exponentially magnified meaning. Never before have we seen such widespread crisis or demand for supplies and relief assistance.

As people around the world came to grips with the loss of life, unemployment, and a complete upheaval of the existence we all knew, we reached out to organizations already on the front lines to amplify our support, donating two rounds of relief grants totaling $645,000. Recipients included Feeding America, Direct Relief, Live Nation's Crew Nation Initiative, The Recording Academy's MusiCares, and the United States Bartenders' Guild National Charity Foundation's Bartender Emergency Assistance Program. 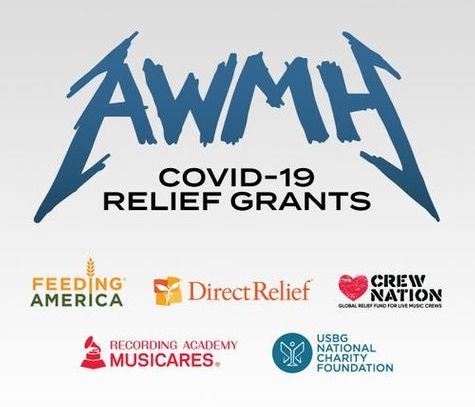 Our partnership with Feeding America has proven more important than ever as there is a 40% increase in people seeking assistance through their network, families who have never needed assistance before are facing food insecurities. Feeding America projects that more than 54 million people could face hunger this year in the wake of the pandemic, including a potential 18 million children.

Direct Relief is on the front lines around the world supporting the health of citizens and protecting health care providers. Crew Nation, MusiCares, and the Bartender Emergency Assistance Program are all supporting workers who have suddenly found their industries unavailable.

At the core of our ability to react and give back to communities that have supported Metallica for decades, is the desire of the Metallica Family to join the band in these philanthropic efforts. 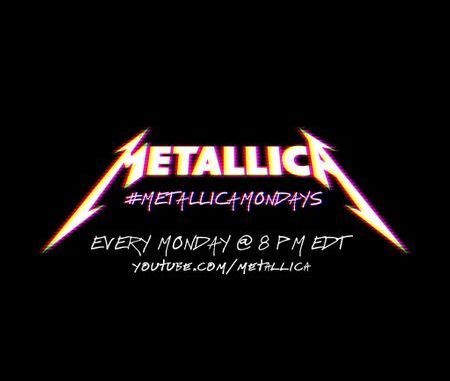 When shelter in place orders swept the country and live entertainment was effectively cancelled, the band launched a weekly streaming series, airing recorded shows from the archives, called #MetallicaMondays. Over the course of 23 weeks, these shows streamed for free on both Facebook and YouTube, but Metallica attached fundraisers to each post, providing an outlet for viewers wanting to pitch in.

Through those fundraisers, Metallica fans raised over $100,000 for AWMH and our COVID-19 response efforts.