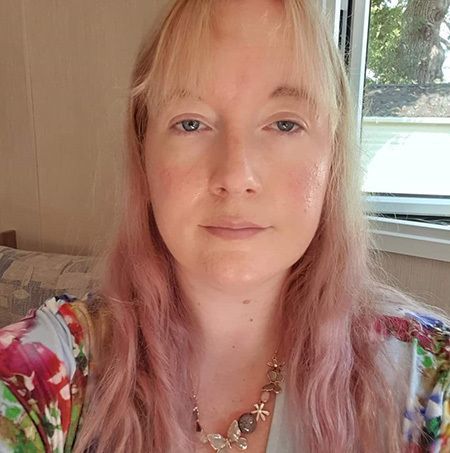 When she was 21 years old, Elaine Levett caught glandular fever. She ended up with myalgic encephalomyelitis/chronic fatigue syndrome (ME/CFS) and faces the enormous daily struggles associated with this debilitating auto-immune disease. Elaine wrote to Metallica after attending last year’s Helping Hands Benefit Concert that streamed live around the world from HQ. She wanted to express how utterly enjoyable the concert experience was for her as a person living with disabilities. We invited Elaine to write about ME/CFS and educate us on what the disabled community needs and looks for from society. Now, a year after this ground-breaking event, we’d like to share Elaine’s perspective with you.

I was 21. I was working, I was at university studying criminology and social policy, and volunteering for a couple of record companies in London, and I was constantly at concerts socializing. Basically, I was never at home.

During the 2006 holidays, I caught glandular fever but didn’t know it was glandular fever. Over the month of December, I kept getting worse and worse physically. I was pushing myself because that’s what you do, you just carry on, you just keep going, and you think, “Oh, I’ll be better soon,” especially being that young. You just want to live your life and do stuff.

But it kept getting worse.

I’d had two courses of antibiotics, with the second lot being quite a lot stronger, but my doctor said they weren’t working, so we did a blood test. Being the holidays, the results didn’t come back right away.

I continued to work in my retail job (which was helping me afford university). I collapsed at work in a clothes store on New Year’s Day. I’d been pushing and pushing myself, and I just collapsed. My body started shutting down in a lot of ways, and I ended up spending the next six months or so not really conscious or aware of anything. I didn’t know what day it was. I’ve got long-term liver damage because my liver started getting attacked by the glandular fever. My doctor said to me that if I didn’t just stop everything right there and then, I was going to die.

A lot of that six months is gone from my memory. I lost so much weight, and my parents only recently told me they thought I was going to die because of the weight loss. I started to recover a little bit, but not much. I had to give up university, and I couldn’t go back to work. I was desperate because I’m a very driven person; I love people. That was part of why I did the record company stuff because I liked meeting people. I suddenly went from being this super social person to being stuck in a body that didn’t work anymore. And 15 years ago, they wouldn’t diagnose you with ME until after you’d had glandular fever for two years. They thought glandular fever could last that long and that maybe I would recover. 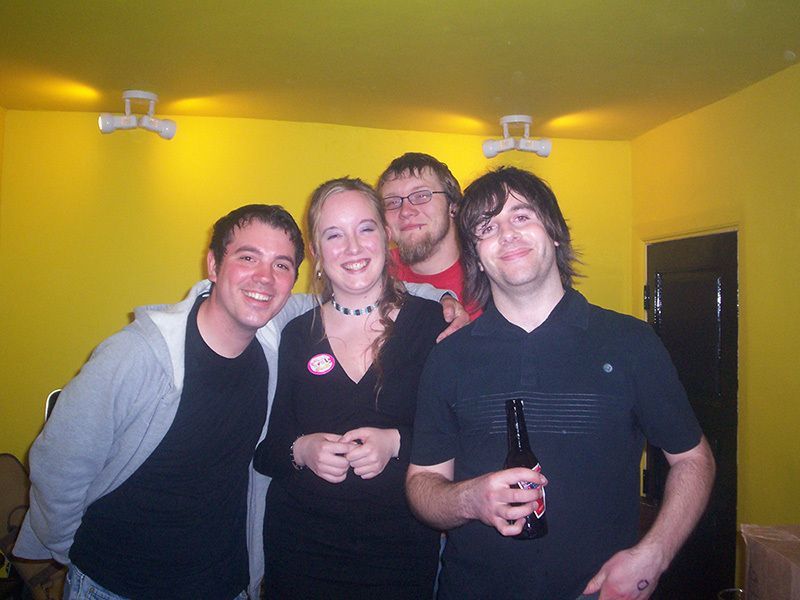 It took two years to get my diagnosis of ME. I’ve witnessed my friends suffer too. Some of them have died, and while they’ve been dying, doctors have said to their parents in hospital, “ME’s not real. It’s not a real illness.” So they get neglected, then they die, and then nothing happens because no one cares. It’s been really difficult to witness how much the world looks the other way when it doesn’t affect them.

A lot of the time, our stories aren’t told. We’re not interesting to the outside world, and I think our lives are quite difficult for people to understand, even for my family, my parents and younger brother. They love me to pieces, but there’s a lot about my life they can’t understand because they don’t experience it. There’s a lot of ableism around us, reclaiming our narrative, being powerful in ourselves, and telling our own stories. I’ll say to people that I’m disabled, and they say, “Don’t say that about yourself.” But that’s my reality, and there’s nothing negative about disability — the negative is in how people perceive disability.

I have a lot of able-bodied friends, so I will post things on social media, and I will ask my able-bodied friends to think deeply. A lot of them have learnt and have been really receptive. For example, a lot of people don’t realize that if I got married, I would lose my financial support. My disability doesn’t go anywhere, but I would lose my financial support. And that’s the same in America. There’s no marriage equality for people with disabilities, and in America, they get their Medicaid taken away from them. I’m an intelligent girl trapped in a body that doesn’t work. I should be able to access being able to love people, have a career, and do these things, but I can’t. And then I’m being punished on top of it by a punitive policy which makes it harder to exist in the first place. As long as able-bodied people aren’t engaging with people that are disabled and asking them what the problems are, we’re in an echo chamber where we only talk to each other. So speaking about it is vitally important.

When I was able-bodied, I didn’t realize all the terrible things that happen to disabled people going to shows. A lot of people don’t realize that it’s much more complicated for me to book a ticket to a concert than for an able-bodied person. I have to wait for a different time when the venue’s disability office opens. So all my able-bodied friends will buy tickets, and then I’ll have to wait, not knowing whether I’ll be let in. I then have to disclose really private, personal health information to the venue in order to access the concert. It’s sort of dehumanizing that the only way I can access things that other people take for granted is through a ton of other barriers that people don’t even know about. I’ve been to shows before and had security guards tell me, “People like you don’t belong here. Why are you here?”

Then there are the extra costs which no one would consider. I have to book a hotel in London because my body will undergo a major impact; without a hotel, I would not be able to go. When I get to London, travel across the city is very difficult. Public transport is not really an option. Only one-third of tube stations are accessible, and buses favor pushchairs; you can sit through two or three buses before finding one that will take you. So I have to get taxis everywhere, which is a further expense.

Before, I used to be at shows before everyone else. I’d be one of the people at the front door, waiting in the queue right at the start. I’d always go with lots of friends, and we’d make a day of it. Now there’s a lot more organization needed. Any time I go to a concert, I know it’s going to make my physical function worse for, well, I don’t know how long. It might be a week, it might be a month, but despite the physical toll, I need to occasionally do these things for my mental health.

I’ll rest before I go to a concert. I’ll go to the concert. Usually, they tell me I have to be there early. Some of the venues weren’t built to accommodate people like me, and unfortunately, often, the disabled areas are on the side or somewhere out of the way. One thing a lot of people don’t appreciate is that I’ll go to a concert with a group of friends, but get taken off to a special disabled area, away from all my friends. There are so many things. Using the toilet requires a lot of planning because there’s not always enough staff to help get you there. And sometimes, the staff that is there is not properly trained and they get impatient or frustrated.

With the AWMH show, I didn’t have to think about any of that.

We all got to see it in our homes, and we all got to experience the exact same concert. Everyone was as important as everyone else in that audience, and that’s a huge deal for people that are marginalized. Music is huge for a lot of people; it’s what keeps you going in life. For many people, it becomes a reason for “being” in a lot of ways, and it becomes an expression of you as a person. So to be able to access that is really powerful and very important.

The whole reason I wrote to Metallica in the first place was because I really hope that after the pandemic, we see better access for people in general. It’s not just about people with disabilities; it’s about people who wouldn’t be able to afford the kind of money you need to go to these concerts. There are people in other countries that can’t travel to come to you. All those things! And we should, as human beings, be helping each other. The AWMH concert was a way to do all of that, and I hope we have seen the birth of a very important way of including disabled fans like myself at live events.