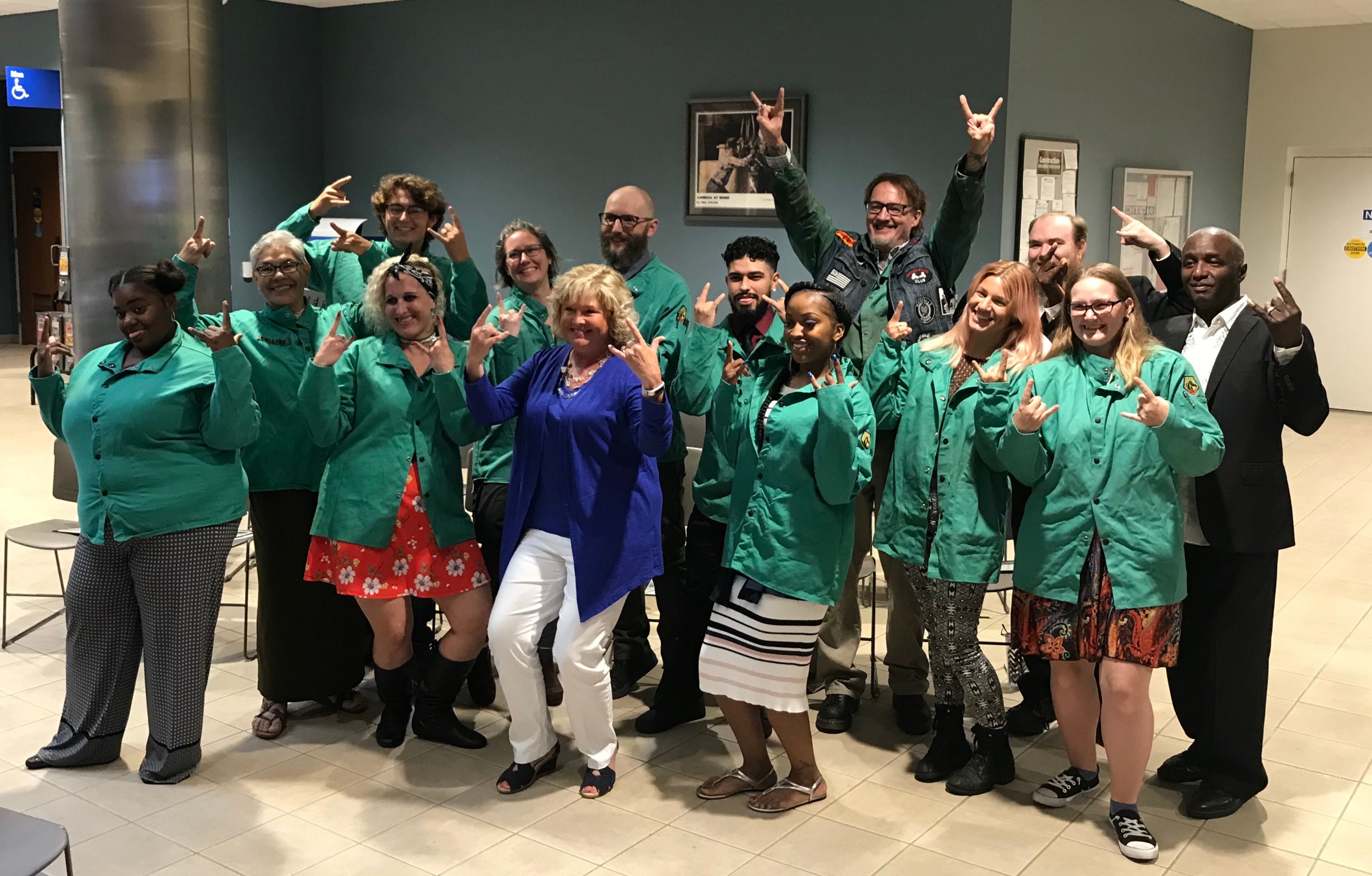 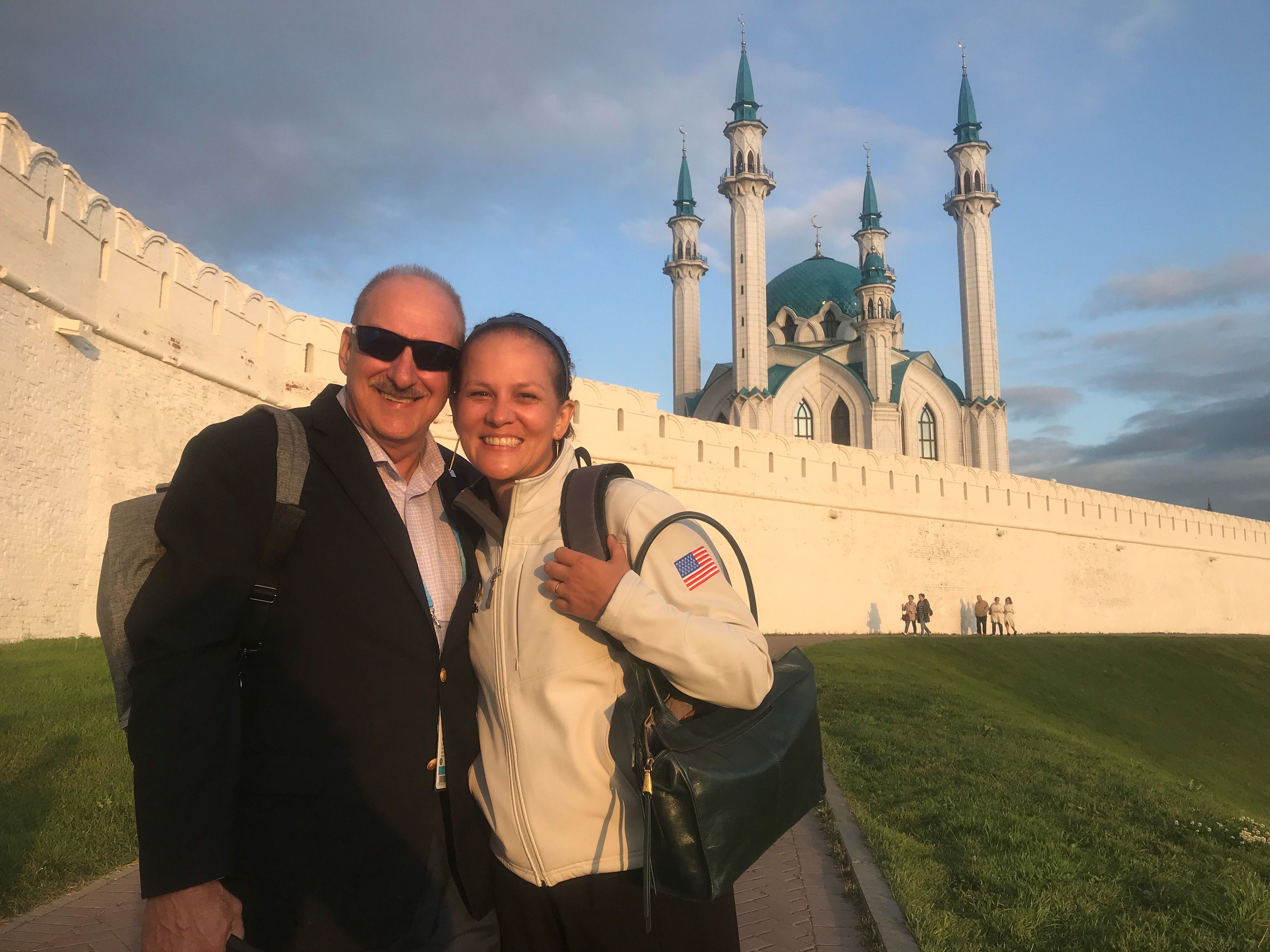 Working is one of the most important things any person does, yet it can be daunting to step into the employment arena. Jen Worth is on a crusade to make sure that those who feel like outliers get the jobs they want and deserve.

It is almost daunting to feel the sheer high voltage, rock ’n’ roll, no-nonsense energy emanating from Jen Worth. We are on a cross-country phone call, yet her kinetic current carries across the several thousand miles and has you physically feeling her energy as if she’s sitting across from you. Jen Worth is someone who has you convinced that if she hasn’t already found the 25th hour in a day, she’ll get there shortly. All of which is an extremely complementary personality type for the sort of work Jen does, and it is a further advantage to have someone like Jen who never feels the job is even close to done. As the Senior Vice President for Workforce and Economic Development at the American Association of Community Colleges (AACC), Jen is always seeking the best alliances she can conjure for these community staples. Think of it as noble and supremely educated hustling. Because whether speaking tirelessly to high-tech giants in Silicon Valley, federal government departments, or huge rock bands in the Bay Area, Jen’s mission remains focused: help get people into the appropriate educational opportunities to help them back into work and careers that make sense for them and their communities. In just 30 minutes it is crystal clear how Jen, along with AWMH, developed the Metallica Scholars Initiative* and proves exactly how dynamic and passionate she is when it comes to Career and Technical Education (CTE) programs. 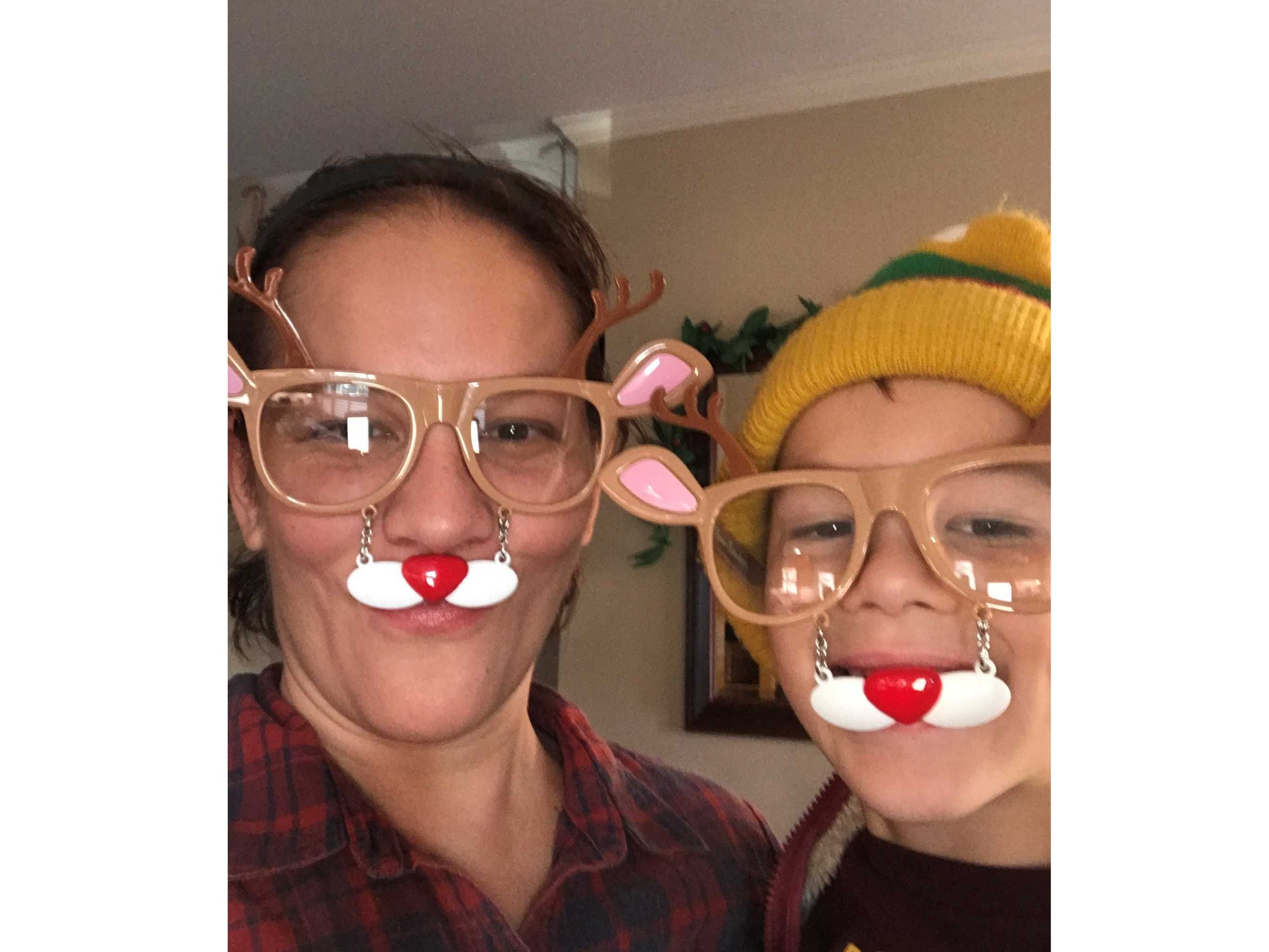 “I’m honored that Metallica allowed the All Within My Hands Foundation to fund AACC and that they trusted me and my colleague Katya Nekrasova to do this work,” smiles Jen. “From design to execution, they put a lot of faith in us, and I think we delivered. I’m proud of the work we’ve done. There was a lot of innovation and a lot of pushing back and forth to make sure that it was crafted well. And man, I’m telling you, the phone calls hit my desk because I’m the point of contact! So I have people calling in asking how they get their kid involved? Also, how do they get involved? My dad followed Metallica through all of these things. People would send in their favorite lyrics. It was phenomenal! Some of the presidents of the college would only wear Metallica shirts ever since they heard about this, I mean this band has permeated the globe, right? So everywhere you go – you might not know the name of your local community college – but if you knew the name of Metallica and your local community college, your ‘sexiness factor’ at that college just went up by, like, a million-fold. It was phenomenal how many people then had the courage to come on campuses and ask to be a part of community college again. It was spectacular, and all because of the help and association of Metallica.”

Jen makes workforce education feel like a vocation, a mission which surely cannot be beyond anyone. And being the social-connector she is, indeed, perhaps somewhat of an empath when it comes to recognizing the frailties and insecurities of some, you won’t be surprised that personal observations and experiences have shaped her drive and focus. “A pivotal moment was during my junior year in college in the DC area, when I switched from math to psychology,” she explains. 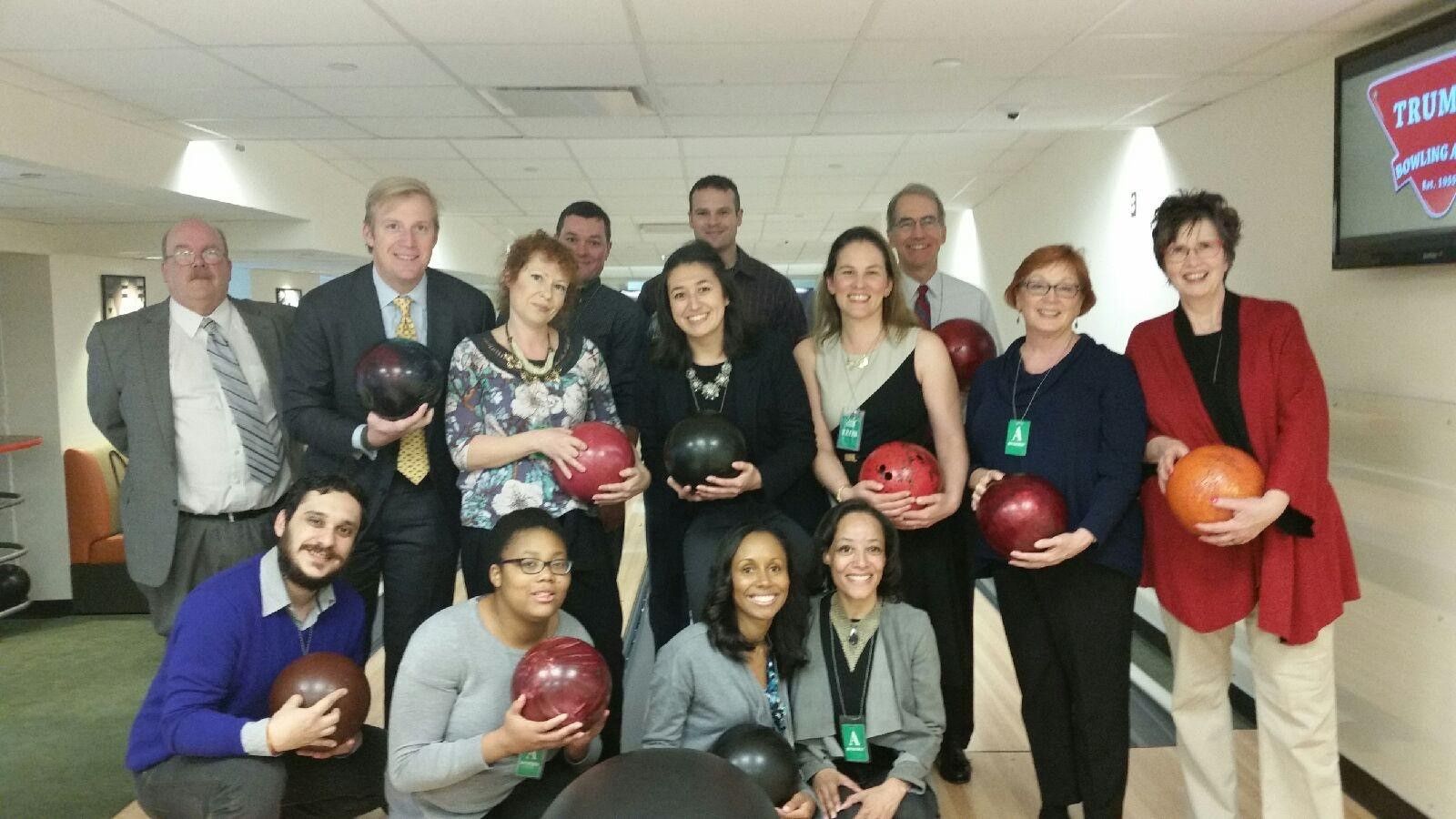 “We had to do an internship, and mine was at a halfway house for young men. And these young men were all local; they’d all somehow touched the correctional system, so they’d either been in jail or were in there before they went to jail, and I was struck by how many of them literally could not read. It was shocking to me that they were in high school and no one had actually sat with them. So of course they’re frustrated, but very able! I remember one of them had made their own tattoo machine. Some of them were really inventive with ink and needles and stuff, but they were misspelling their tattoos, which was pretty sad and sort of heartbreaking also. While it was desperate and troubling for me to watch it, I was teaching them to read. So it was heartbreaking work, but a really good level set for me and I sort of took all of that bottled up energy and focused it in on making sure that everybody had a shot, a fair shot at being part of a work force or a talent pool or something that really met everybody’s ambitions and drives.”

She drops into a sterner, more serious tone for a moment.

“Everybody deserves a fair shake and they should all be working in a place that appreciates their skills, their talents, their abilities, and also their interests. You don’t want people slogging around until the day they die doing crappy jobs that they hate. I would rather see people really blossoming in things that make sense. Now not everybody gets to do fun things all day long, but if you can, let’s maximize those opportunities as much as possible.”

One of the great unspoken issues around employment, and employment education, is fear. The fear of judgement. The fear of asking for help. The feeling of inadequacy which society can push onto people.

“There’s a lot of fear and I think people have to have humbling conversations with themselves when they want to go back to school or get ahead in life as it relates to employment,” says Jen thoughtfully. “I think employment is one of the most bolstering activities for a person’s pride. If you can bring home food and put it on the table because you had a hard day’s work, you feel different. We have over 1000 community colleges in our membership at this organization. I’ve been here 12 years. I have been to many, many, many community colleges and I can tell you, when you go to those communities, you can feel when they have shuttered windows; there’s no employment in that community and everyone is heartbroken. It’s just deadly, it sucks the energy, life, and the joy out of that community. But you, in turn, go and see a community that’s being innovative, that’s got employment and where the doors are open, and people are bouncing around. There’s a different life. It translates from their houses to their communities. So it’s a really powerful thing to be able to be a part of helping put those communities – and those people – in that joyful space as opposed to seeing them in that sad, disheartened space. 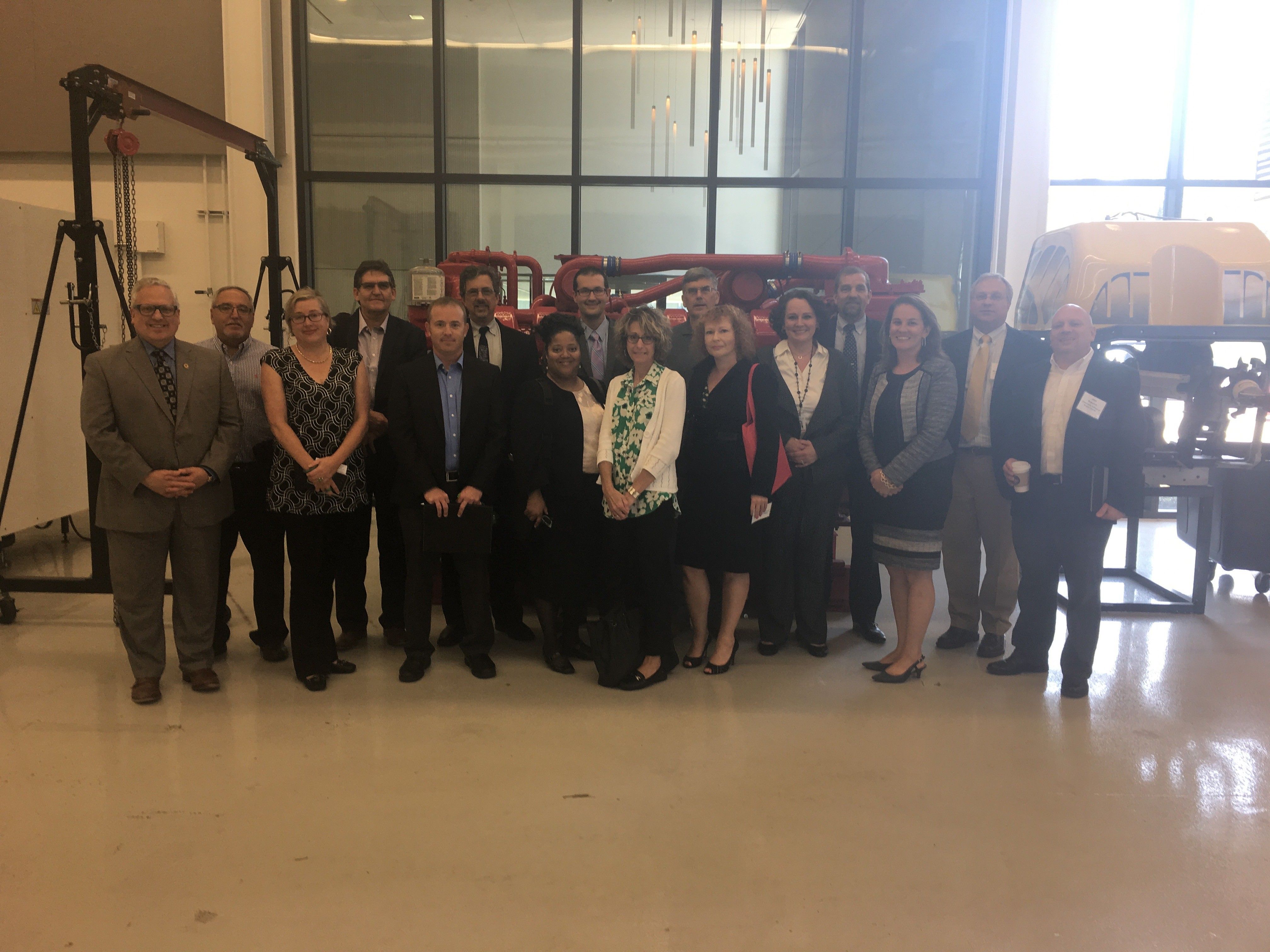 “I was in Hazard, Kentucky [we had a brief side-chat about how the classic ‘70s TV show Dukes of Hazard really is a mainstay of this town – ED] and it’s one of those communities. It was coal country. It was in a rough spot, a really, really tough place. We knew we needed to get people to come back to the community college so they could get more skills and training, but you have a lot of people there who only knew coal, and all of their families only knew coal. That was a hard task. How do you get ’em on the college campus? And it’s intergenerational in these instances. So you have somebody who never went to community college but also somebody who thinks, ‘I don’t need to do this, this is stupid, I’m not gonna sit in a class next to somebody who’s 18 years old.’ Like I’m not coming back there, that’s embarrassing. They also thought college was gonna be too expensive.

“So we ran a concert. And what it meant was whole families then walked onto the campus, walked into the auditorium, they sat down in this room, and before they got to hear the music, they got to hear from three different people who had come back to community college explaining how it was affordable and life changing. And as a result of that, the next day people actually walked into the community college president’s office and said, ‘Can I just find out a little bit more?’ It was a big deal that when that moment happened. People got connected. And before the headliner there was this one little girl who stood up, she was the daughter of one of the coal miners, and she sang ‘Keep On the Sunny Side.’ This teeny tiny pipsqueak of a girl had everyone in that audience in tears. These coal miners were, like, ‘Wow, this is terrifying. We are here in this scary place, it’s a community college, we didn’t know we could be here, we came for the music but man, tomorrow I’m gonna come back here and I’m gonna change my life.’”

Jen’s fervor for change and communication was forged in several life experiences. A childhood of perpetual motion (“I had ten different houses in California, Oregon, Utah, Virginia – so making new friends wasn’t really a problem for me, and it became a great asset later in life…”) and successfully beating cancer last year would certainly number as two significant ones, but as you might’ve gathered, Jen isn’t one to sit and ponder for too long. 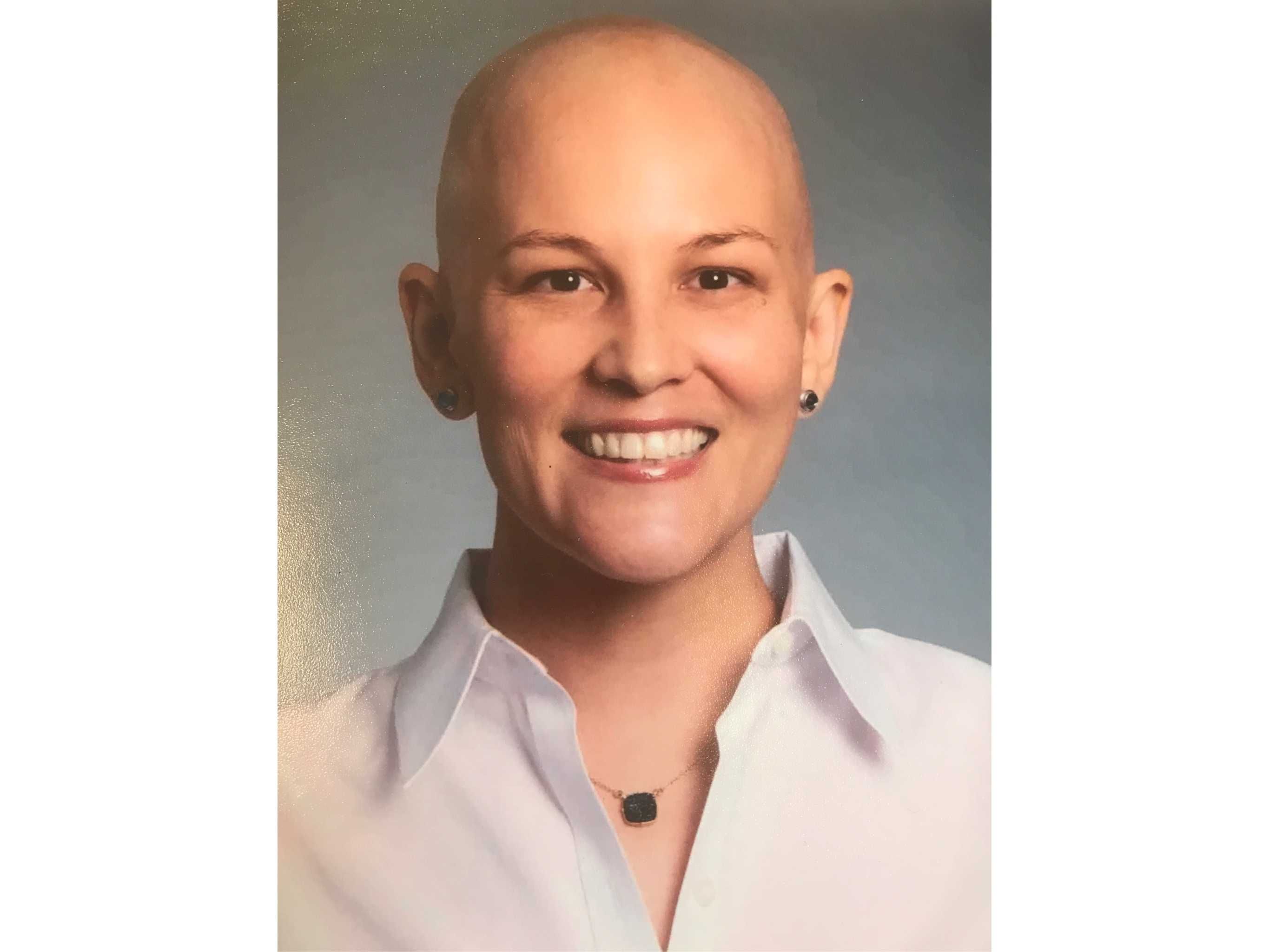 “Time’s short, man. Do something interesting, right? I want to be bold, but I also have to think of the right ways. I want to be disruptive in a humble way, if that makes sense. I will do different things, but I don’t want to come into a community and be like a big gorilla beating my chest and slamming past people. I like to come in with appreciation and gratitude, feeling honored that people open up their doors to you. I’ve been in people’s homes and gotten to sit around the table talking about scary things, like when the plant closed and they didn’t know what to do. They still need a firehouse, still need a library, still need a store, still need all these things, but where can they train people so that communities don’t die off and actually become attractive? So people will come as opposed to flee from those communities? You can really get into creative spaces answering these questions, and I think each one of the communities that I’ve gotten to go into and visited, each one of the communities that we moved and mobilized for this work, the Metallica Scholars work, they have achieved life changing activity.

“But the first step is to let people share where they are at and then give them that shock. We have to stop thinking there’s only one way to get ahead in this country, that it only works if you go through the ‘traditional’ channels, four-year degrees and so on. Not everybody needs to go through that channel. There are a lot of other channels that will lead you to successful livelihoods that you can be proud of, where you can have that dignity and are contributing. I want to be a part of something like that.”

We talked about so much more, and doubtless between us we could’ve wrecked AT&T’s unlimited calling plan, but I’ll just implore you to either look into what the Metallica Scholars do, or perhaps if necessary, summon the strength to take advantage of the great programs Jen is innovating and helping launch nationally.

*For up-to-date information on the Metallica Scholars Initiative – which is entering its second year – please position your mouse over these words and CLICK!