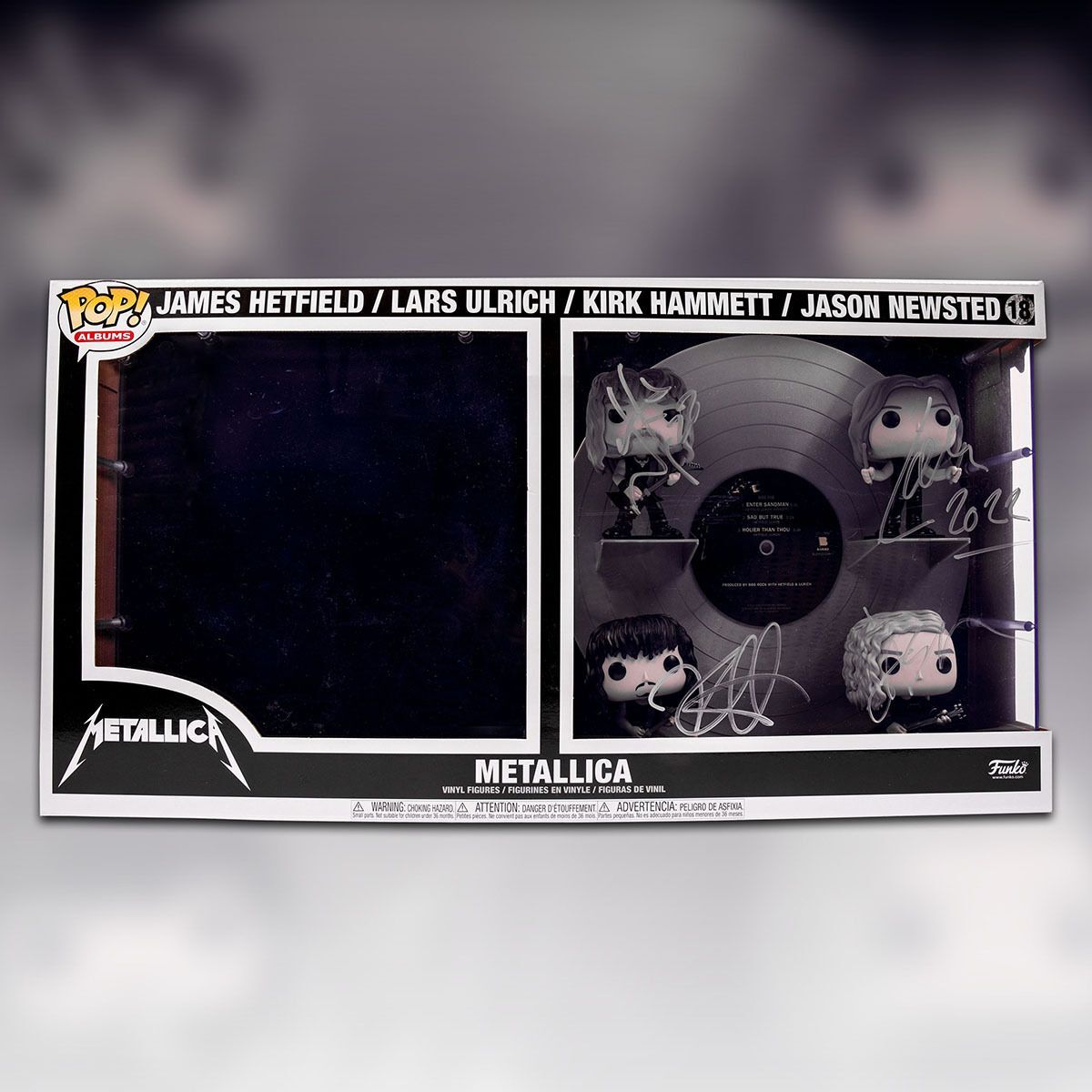 Our November auction item is mammoth while maintaining an air of cuteness. From the pop culture mavens at Funko comes this Walmart-exclusive set, the Funko Pop! Deluxe Album: Metallica. Vinyl figurines of James Hetfield, Lars Ulrich, Kirk Hammett, and Jason Newsted – the band’s lineup at the time of The Black Album’s release, are all featured in the set. Plus, it’s signed by all four previously mentioned band members.

All funds raised by this item benefit All Within My Hands and help further the Foundation’s work in the areas of food insecurity, workforce education, and critical local services.

This auction has ended.

Our next auction will be in December as part of our Helping Hands Concert & Auction.

What's the deal with the AWMH Monthly Auctions?

Those of you who have been following AWMH for a while will remember that before COVID-19 struck, we hosted an auction every month. Though we’re still navigating our new normal, we decided it was time to bring back this old favorite.