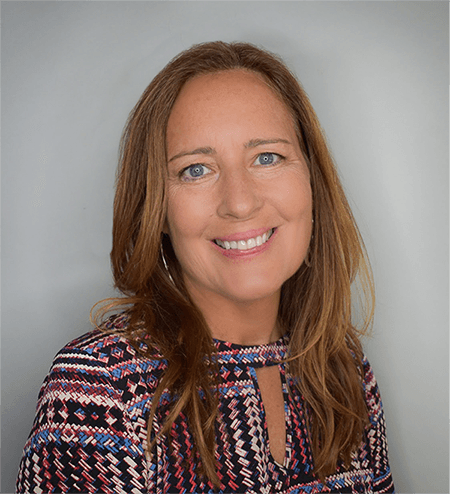 Celia Cole, the CEO of Feeding Texas, explains to Steffan Chirazi how she came to be a leader in the fight against food insecurity and why that battle remains as vital as ever.

It is fair to say that Celia Cole carries a distinguished air about her as she discusses issues surrounding food insecurity and her tireless work as the CEO of Feeding Texas. It isn’t difficult to imagine Celia presenting to politicians or corporate CEOs with the necessary language to get them on board with her relentless pursuits. Beneath the assured (and necessary) exterior, Celia carries somewhat of a hippies’ heart, with a deep and fierce drive to help those who are downtrodden and underrepresented. Growing up in New Haven, Connecticut, social justice issues attracted Celia from a young age thanks to her activist parents, who were engaged in politics and social issues. Those traits saw her attend school in New York and spend a few years post-college in the Bay Area before her post-graduate studies at the University of Texas in the early ’90s. During a wide-ranging conversation, Celia outlined the stand-out issues regarding food banks in the current climate, and in the process, explained that poverty and its contributing factors, not actual food shortage, are primarily responsible for food insecurity.

Steffan Chirazi: Let’s just start briefly by touching on how your upbringing inspired your career.

Celia Cole: My motivation was around social justice issues and wanting to work in that space. Like most people, where you end up has a lot to do with the family that you were raised in, and I grew up in a family of pretty activist parents. I always joke that we were constantly protesting something or boycotting something else. They were involved in the peace movement and the original nuclear weapons freeze movement in this country. They got involved in Central American solidarity work at one point and became part of this really active sister city project with a city in Léon. So I grew up around that constant reminder that not everybody is as privileged as you are. I grew up always wanting to look out for the little guy, and I used to joke that I was a lover of lost causes.

SC: Moving to your work, I noticed that you were a policy analyst for fourteen years, covering food, nutrition, welfare, and family economic security issues.

CC: Yes. I worked for the peace movement, and I sort of fell into the food and nutrition area because a job opened up at my former employer, Every Texan, formerly the Center for Public Policy Priorities. They were looking for someone with my skill set to be a nutrition policy analyst. I didn’t have any background in the federal food programs, but I was committed to the mission of the organization. They worked broadly on issues affecting low-income people. They were all about ensuring health and prosperity for all Texans, and that aligned with my values, so I figured I could learn the nutrition ropes, and I did. I was really part policy analyst, part public interest lobbyist; I did as much advocacy and legislature as I did policy analysis.

SC: Let’s address the food insecurity issues that are taking place. It’s not uncommon to see someone who one might have thought, “Oh, they’re doing okay,” when the reality is they’re two paychecks away and can’t get by without the help of a food bank. In fact, the need has only increased.

CC: I think the interesting thing about people who visit food banks is that they’re not all living below the “poverty line.” Some of them aren’t “poor” enough to qualify for federal food assistance like food stamps, which we call SNAP now. And then others are deeply poor and have been generationally poor. So there’s a very diverse population of people that come to food banks for help. It always has been.

Then the pandemic hit, and suddenly we’re seeing people who used to be our donors and volunteers. But I don’t think that should come as such a surprise to people because so many people who think of themselves as middle class are getting caught in widening income inequality where earnings don’t keep pace with the cost of living. Too many Americans who think of themselves as middle class are just a couple of paychecks away, living hand to mouth, and cannot sustain themselves for more than a few months without income. And then you’ve got people who have been in low-wage jobs in areas that lack access to opportunity and health care, so there’s all of that.

SC: I know you have a deep belief – with plenty of evidence, I might add – that hunger is a product of our social decay.

CC: Well, let’s start with how hunger disproportionately impacts people of color. It hits certain populations a lot harder than others, and we used to say, “Hunger is a symptom of poverty.” Now we really say hunger is a symptom of race and oppression. We also don’t have access to affordable health care for everyone. We’ve got high rates of uninsured and health insurance tied to employers, so if you lose your job, you lose your health insurance. And all those things are connected. Education is not affordable. People go into debt to get an education and then spend decades getting out of debt.

We keep hearing that this is the first generation that will be poorer than their parents, and when a big crisis hits, you see it. A global pandemic hits, and suddenly you’ve got people in Mercedes lined up at the drive-through for food assistance to pick up a bag of groceries. It’s really shocking.

CC: The pandemic exposed problems that were already there but were hidden. People who might otherwise have gone through their whole lives never experiencing food insecurity saw people they knew experiencing food insecurity. And they saw, I think, first-hand what has also always been true, which is that every social problem in this country disproportionately affects people of color.

SC: Explain a little more about how Feeding Texas is dealing with matters.

CC: We’ve got a major food bank in every major metro area of Texas, but through this network of thousands of local partners, they reach every county of the state; there’s 254 in Texas. And hunger is everywhere, even in the wealthier areas. Hunger leaves no county untouched. Prior to the pandemic, food banks got food to people through this network of community partners, many of which were located in low-income areas, so that could be a church or a community center. When the pandemic hit, food banks had to completely reinvent their distribution model. All those local partners were shutting down, and all their volunteers had to stay home because of health concerns. This led to these massive drive-through distributions at places like the Alamo down in San Antonio or convention centers and malls. We needed to do that to get 1 - 2000 families through and served every day in a safe, contact-free model, and that brought hunger out of the shadows. I think it horrified people to see like Depression-era “bread lines” in their communities. But, hopefully, it has increased awareness and a sense of shared responsibility.

SC: It’s important to note that getting help from a food bank should not carry a stigma. I know you feel strongly about that (as does everyone involved in food insecurity work).

CC: I feel in this country there isn’t that sense that the government’s going to be there for you. Taxes are demonized, and nobody really thinks about all the incredible things that are going on in the background that support them that are government [supported]. So when somebody needs to use SNAP benefits, for example, [there’s a misconception that] they’ve failed, and they’re a deadbeat because they can’t work and support their families. It’s like, wait a minute, the whole system is set up so that if people fall on hard times, they can get through those hard times and get back on their feet. There’s no shame in needing to ask for help, and I hope those attitudes change.

We are but one small part of this much bigger anti-hunger ecosystem, and government is by far the heavyweight. In the Feeding Texas network, 21 food banks are basically privately funded and volunteer-based. The infrastructure, the buildings, the trucks, all of that is private, and it’s that infrastructure that really gets pulled into action during disaster or pandemics. They can leverage this incredible infrastructure, experience, and connections to the food industry as well as their communities. However, food banks can’t be expected to just double the amount of food they distribute overnight without government support. That’s like asking them to spin straw into gold. So about a quarter of all the food that food banks distribute is surplus food the government buys up and then distributes out through food banks, and that increased to close to half of all the food we were distributing [during this pandemic]. And that’s just food that the food banks are distributing. You’ve also got people relying on school meal programs and WIC and SNAP, and those are all government-funded programs.

SC: The final point I’d like to cover is something you said that really rang true to me: the greater issues (and impact) of economic disparity in society.

CC: You used the term “food scarcity” when we were talking earlier, and it’s really not food scarcity. It’s income and resource scarcity that is leading to food insecurity or hunger in this country. There’s plenty of food. It’s about a lack of resources and access for people. It’s people not having the money to buy the food, or living in communities where they can’t access healthy food at a decent price. So I think not just directly hunger-fighting programs, but poverty-fighting programs such as the expansion of the child tax credit, if made permanent, could halve child poverty overnight. We’re still in this pandemic environment where it’s easy to say, “This is a pandemic response,” but it isn’t just pandemic. We need to make these investments to change this dynamic and improve lives long-term.