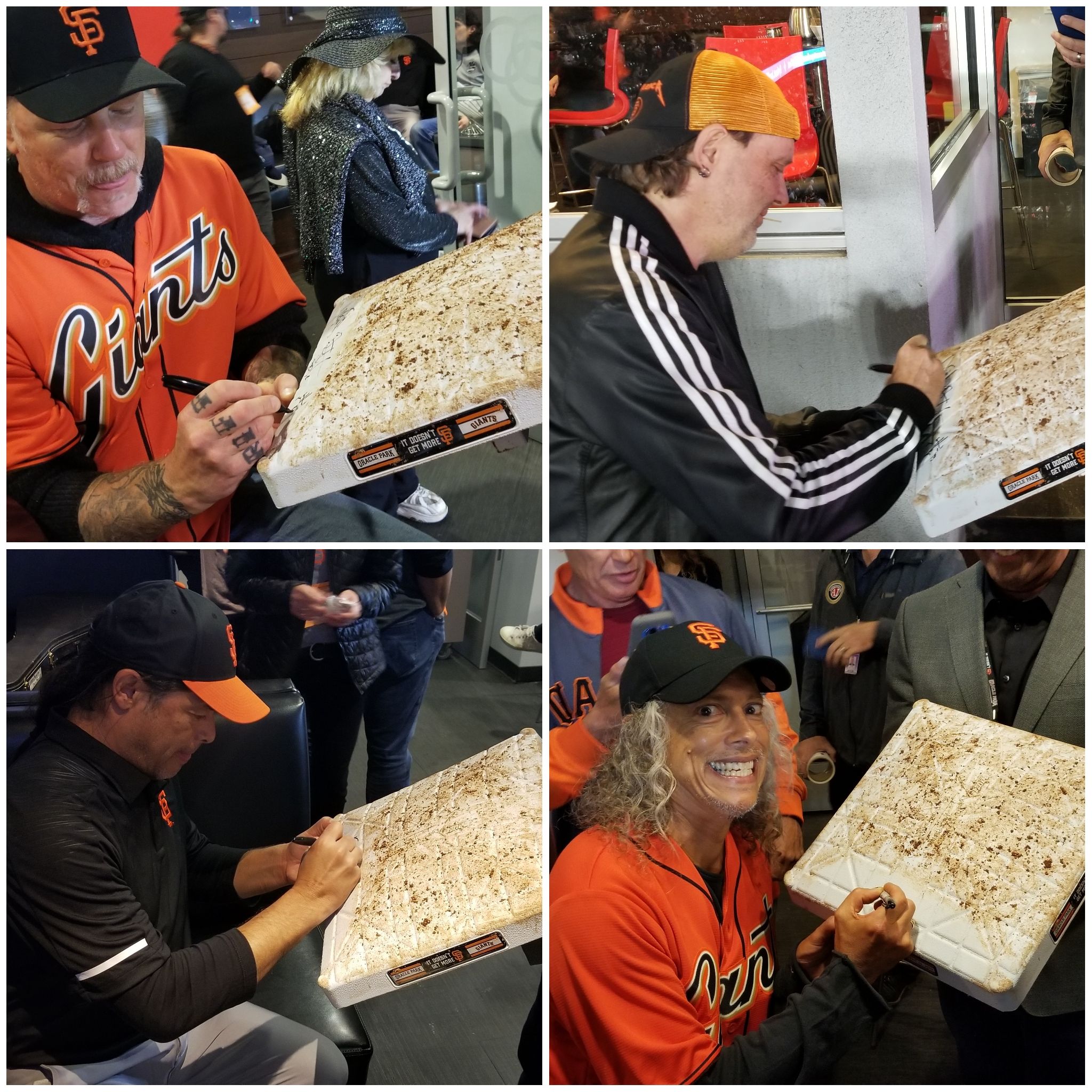 James Hetfield stole second during the 7th Annual Metallica Night with the San Francisco Giants, an event that helped to support AWMH and the Giants Community Fund!

As an honorary member of the Giants grounds crew, James swapped out second base after the third inning field maintenance in front of eager fans and donors. In addition to the money raised through Metallica Night ticket sales, the band did their part to make a very cool moment live on forever.

For the collector, this is an exclusive piece of Metallica & San Francisco Giants history and a great way to support the AWMH mission while enjoying America's favorite pastime!

This base is signed by all four members of Metallica (James Hetfield, Lars Ulrich, Kirk Hammett, and Robert Trujillo).
Proceeds from this auction will benefit Metallica's foundation, All Within My Hands.