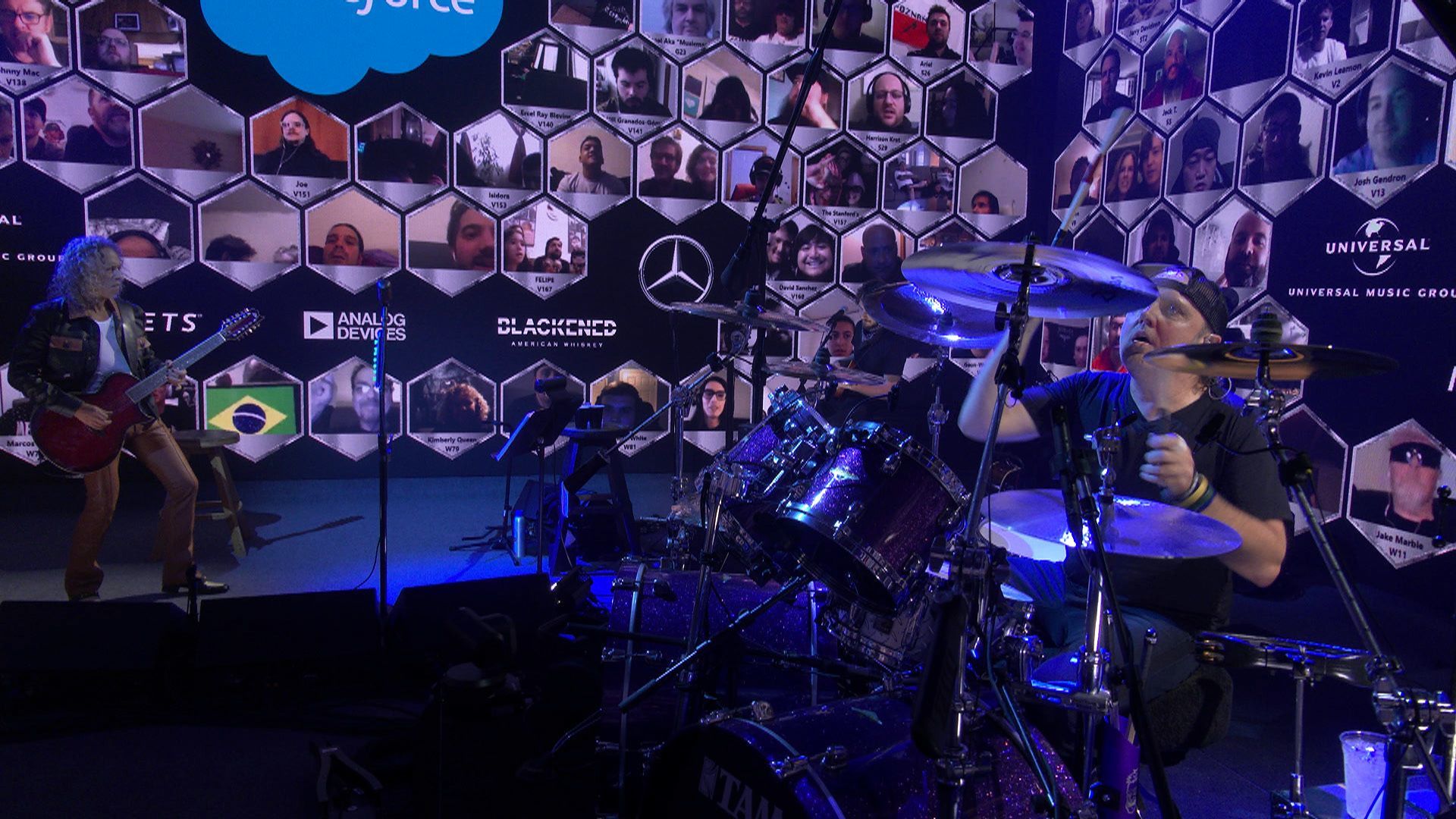 In November of 2020, All Within My Hands held the second The Helping Hands Concert & Auction, the Foundation’s signature benefit, this time from Metallica's own HQ. In doing so, the band checked another “first” off its list by creating an interactive, pay-per-view event that was live streamed around the world. The set featured an advertised acoustic set, consistent with the first benefit, as well as a surprise electric set after a brief intermission. This show is available, thanks to our friends at nugs.net, on CD and digital download. All net proceeds from the sale of the show will be donated directly to the Foundation.

The inaugural The Helping Hands Concert & Auction was held in November of 2018. After an opening set by Cage the Elephant, Metallica headlined the evening with a rare acoustic performance, playing to a packed Masonic Auditorium in San Francisco. This set is currently available on CD and digital download, was previously available on limited-edition vinyl, and again, all net proceeds from the sale of all formats of this show go directly to the Foundation.

In 2017 Metallica participated in Ten Bands One Cause, releasing a special edition of Hardwired…to Self-Destruct on Pink Vinyl, proceeds from which benefited Gilda’s Club NYC.

A Record Store Day 2016 exclusive, Metallica released Liberté, Egalité, Fraternité, Metallica!, a live recording of their performance at Le Bataclan in 2003. Profits from the sale of the CD went directly to the victims of the 2015 Parisian attacks, specifically those of Le Bataclan theatre, via Fondation de France’s Give For France.

Proceeds from the sales of downloads and CDs of various concerts have been donated to numerous causes including 2015 Houston flood relief, the MusiCares MAP Fund, and the Bridge School.